Week in Pop – PREMIERE | Hua Li 化力, “Outwitted”
“Like a chess match between mismatched star-crossed lovers — Hua Li’s “Outwitted” illustrates the missed connections at stake in a game where both individuals play it cool and coy instead of opening themselves up to the instinctive and tangible chemistry at play.”

Earmilk – Hua Li may be charmed but definitely not “Outwitted”
“‘Outwitted’ is romantically playful and introspective while capturing the anxieties that come with millennial dating. It’s a fantastic display of Hua Li’s musical growth and versatility as a musician and songwriter.” 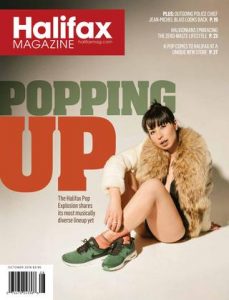 The Coast – HPX18: Hua Li
“It’s really important to me to represent these different sides of Asian womanhood that are not the model minority, cookie-cutter version of what people imagine,” Hua Li continues. “When I started this project I really wanted to do something musically that reflected these other sides of myself—I wanted to have a larger range in terms of embracing both my Chinese identity and my queerness as well as some of the less respectable sides of femininity.”

Nox Journal – Between the Sheets: Peggy Hogan a.k.a. Hua Li
“Hua Li is my best attempt at being the most me with the least amount of shame possible… As Hua Li, I get to embody all of those contradictions in my identity and really feel a sense of blending and harmony as these different parts of myself find a forum to be expressed in.”

The Buzz – Q&A with Alterna-Queer Performers at Pride Toronto
“I always enjoy the sense of very global community and the energetic, sexy vibrations when I go to Pride Toronto, so it’s a dream to get to officially perform this year.”

Montreal Gazette – Montreal’s anglo rappers are ready for their breakthrough
“Peggy Hogan, who raps as Hua Li, has also taken a different path than her peers: she has honed her craft as part of the Mile End indie rock and queer scenes. She’s a regular with the likes of POP Montreal and even performs at shows where she’s the only rapper on the bill.”

Ride the Tempo – [Listen] Hua Li – ‘Petty Roses’
“Hua Li makes their return to RTT with a ballad in which Peggy Hogan uses the devastation in Puerto Rico as a metphor. The music of could be described as acid-ambient, while Hogan gets forthright and earnest with her speak/singing.” 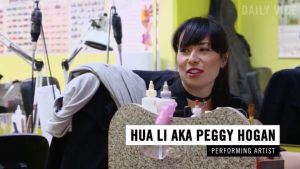 Forget the Box – Pop Montreal 2016 Highlight Reel
“If you don’t know Peggy Hogan (aka Hua Li) yet, then get with the program. This dynamic local hip-hop artist and rapper is one-of-a-kind excellent. Performing with collaborator Gloze on programmed drums, Peggy slid smoothly through a healthy batch of heavy hip-hop with consummate ease, delivering her verses’ lines with dexterity and force. It’s always a pleasure to see someone act out their confidence and skill in a physical way, and Peggy sure knows how to get down with her beats.”

Exclaim – Hua Li, Maison Sociale, Pop Montreal
“Hua Li 化力 — the alter-ego of Montreal-based multi-disciplinary artist Peggy Hogan — is a performer who commands attention. Taking to a makeshift stage in front of a modestly sized crowd at Maison Sociale late Friday night, Li straddled the line between hard-hitting rap bravado and Erykah Badu-esque neo-soul. It’s a combination that might not sound great in theory, but works wonderfully in practice. “ 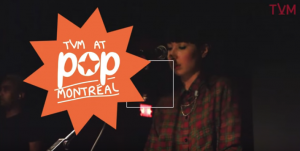 The 405 – Check out the hazy new-and-old sounds of Montreal artist Hua Li’s Za Zhong EP
“seething yet melancholic modern-day voidsomeness [is] practised in ‘How Bad’ and the general snap of sleek, up-to-date spacey hip-hop spiced with soul and R&B, with the vocals of Hua Li themselves bouncing clear and rapid fire, seemingly from somewhere in the ’90s with glorious throwback appeal, above the heady, hazy production of fellow Montrealer, Gloze.

No Fear of Pop – Stream: Hua Li, Za Zhong
“Za Zhong, all with production by Gloze, abounds with charisma with “Double Trouble” starting things off in a chiming, rippling, swarming, and swarthy manner that flows into “Luxury”‘s dithering and teasing nature and grind. Hua Li goes from singing to rapping with palpable panache.”

Word is Bond – Za Zhong premiere
“The EP tethers between dreamy, hazy backdrops while Hua Li flips back and forth with singing and rapping about personal relationships, after party scenarios and then some. Pretty experimental but I think its worthy of your time. Just keep an open mind while bumping this.”

National Post – NXNE 2015: Tink and Hua Li push back against Action Bronson and misogyny in hip hop
“In order to skirt the battle-heavy hip-hop scene — “It just ends up being mostly white men standing around in a circle insulting each other, which is also the entire world,” she laughs — she cut her teeth on Montreal’s indie and electronic bills. On June 23, she will drop her second release, the hip-hop/electro/R’n’B EP, Zazhong, whose title is “a derogatory term for mixed-race people in China; there’s a sense of being monstrous and against nature, and it’s funny because it was also a pet name for me when I was growing up.” Her lyrics celebrate plurality, and “taking back the racial slur.”

Word is Bond – “Luxury” premiere
“Some new heat from Hua Li comes in the form of a sparkly, ethereal joint titled Luxury. As the title suggest, she takes the listener into her world with graphic anecdotes and then some. The chilled out track is crafted by Gloze.”

Consequence of Sound – 22 Cases of Northern Exposure
“Hua Li… is a rap label’s dream… On the one hand, her approach to rapping, a kind of early ’90s Lil Kim bravado mixed with the more insightful, emotionally resonant lyrics of a Jean Grae, would be menacing if it weren’t so raw and beguiling. Perhaps even more hypnotic is her turn as a crooner, similar to the sultry, jazzy vibes of Little Dragon’s Yukimi Nagano, but with a bit more of a wink”

Noisey – The Eight Best Acts of Passovah Festival
“Hua Li, brought the most jaw-dropping combination of charisma and pure talent to the stage of any solo artist who performed all weekend. Her set was part hip-hop, part neo-soul, part post-queer revolution. Her other careers as a vocal teacher and a sex columnist shows through her music, as she was both intricately expressive and totally real.”

Autostraddle – Leaders of the New School: 15 Queer Female Hip Hop Artists You Should Know
“From feminism to taking a stab at a what society has deemed to be a male-only arena, Hua Li doesn’t mind pushing the envelope. She has dominated the queer music scene in Montreal for a while, and now it’s time for the world to get to know her better!”

Silent Shout – “This Chaos” premiere
“Hua Li is some smooth R&B, best paired with the likes of Bizzarh or Akua. WIth acts like these, the electro R&B/neo-sould hip-hop revival in this country keeps getting better and more interesting!”

She Does the City – An Interview with Queer Hip-Hop Artist, Hua Li
“Her music and video is uber-creative, sexy and skillful,” says Taylor. This is a can’t-miss performance for several reasons, he says, not the least of which, the chance to “brag later that you were up close, shoulder-to-shoulder, seeing her in cool, little Toronto backroom bar.”

The Coast – Flip side
“But Hogan says good politics aren’t enough, especially if no one wants to shake their ass. “The music comes first regardless of what it’s about or what I’m saying, it needs to be of high quality.”

No Fear of Pop – “Pinkett” premiere